(Emery peer pressured me to blog, presumably rather than ranting entirely in Facebook posts, which is where a moderately shorter version of this first appeared.  I admit this does feel a hair more legitimate.  At least, I feel less compelled to apologize for the length.)

Uber Would Like to Buy Your Robotics Department (NYTimes)

…is frustrating. To the best of my (limited) knowledge, it more or less accurately represents the facts of the Uber-CMU-NREC deal (and is notably less inflammatory than early reporting on the subject), and yet still totally misses the point:

To start, it treats an event that it acknowledges was both foreseeable and anomalous (i.e., the NREC staff were already eyeing the private sector; everyone was surprised at the scale of the hire) as indicative of a trend.

More importantly, while it does sort of acknowledge the benefits to Pittsburgh, it mostly just conflates Pittsburgh/CMU with Silicon Valley/Stanford, which is rote nonsense for reasons that would take at least another several blog posts to explain. Setting aside concerns about Uber’s management, this is mostly just a good thing for Pittsburgh, a town with a real estate surplus and remarkably healthy town/gown/tech relations (…I doubt it would be nearly so positive for SV).

Anecdata: Note long after the technology center was first announced, an actual Uber driver said to me that, even though the goal is to eliminate his job: “…but that’s years away, and something like that is great for the city.”

It’s the same story with Google, which only gets a passing (though again, accurate!) reference: Andrew Moore did leave CMU for Google. He then built a multi-hundred-person [1] satellite lab in PGH that is substantively contributing to the revitalization (…ignoring issues of gentrification for the purposes of this discussion) of the East End.

AND THEN HE CAME BACK.

One datapoint, but still: Individual faculty members leaving for industry isn’t really the problem (Maybe it’s worse in CA?). The real issue, which the article doesn’t touch on at all, is the draw on students. Why engage in a summer research project for $15 an hour when you can make $20k interning at Facebook? No research experience–>no exposure to research as a career option, and a weak grad school application. And why bother, frankly, when fbook converts the internship into a $100k+ offer for a fresh BA/BS?

(We’re also probably the only field in the history of academia to have such a surfeit of grad students who want to be professors, no matter what it feels like from the job search side. This doesn’t bother me much, though, since they at least give research a fair shake.)

Lest this sound like First World Problems, let’s return to the elided benefits to the city and think about how deeply positive this story really is: Taxpayer funded pie-in-the-sky ML and robotics research turn, over 20-30 years, into Google labs and advanced technology centers in a beautiful, vibrant city that by all rights should have collapsed with the steel industry, but didn’t. University research creates jobs. Sustained public investment in levels 1-4 research, which the private sector increasingly does not fund, is fundamental to the US economy and technological success.

We need to improve the way we, academics, communicate that fact to the public, since politicians are conveniently ignorant of what we do all day (LOOKING AT YOU WISCONSIN).

Upshot: rather than a “woe is CMU” story, why can’t someone write a “good job, NSF/NASA/DARPA” story?  I’m not that close to the situation, being neither a roboticist nor, like, the Dean, but that’s more my sense of the sentiment on the ground, for whatever that’s worth. And also: The tech boom may be posing a risk to academic computer science, but probably not through the acquisition and commercialization of industry-ready technologies.

(All opinions are my own, etc etc.)

[1] Original post had a 600 here, but I realized that I actually totally made up that number, which is probably cool for Facebook but maybe misleading in the legitimacy of a blog post.^ 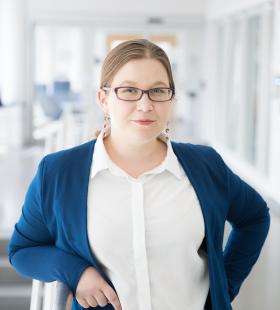